Part 3 - ESSENCEISM 3 - Evil is from this world 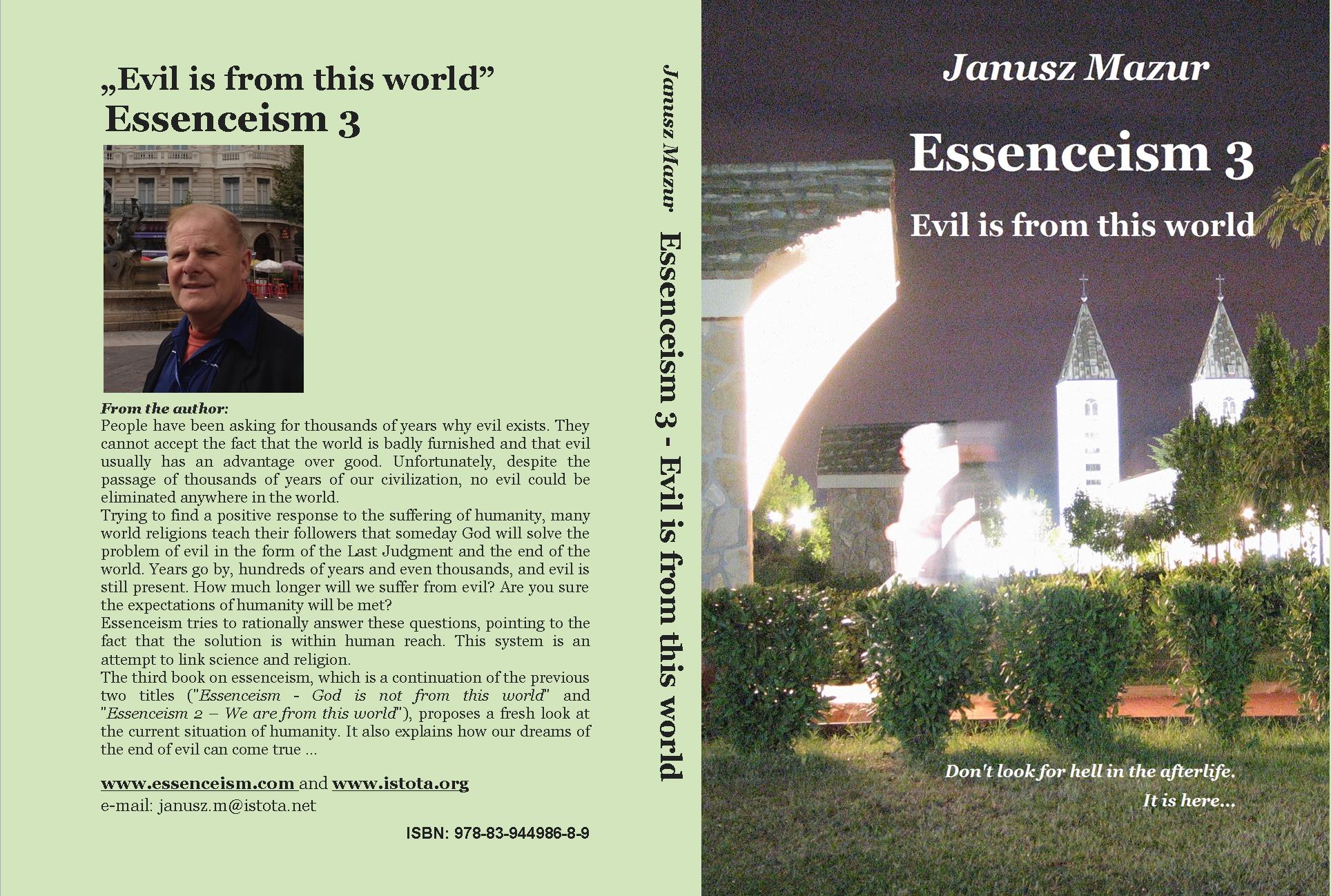 “Evil is from this world”

Chapter 1. Essenceism as an instrument for analyzing evil  << com. link to chapters 1,2,3

Analysis of the existence of evil

Essenceism, regardless of religious beliefs, tries to show the probable fact of God's existence. This system adopted the above assumption, because as a result of serious analysis there was a suggestion that people, searching for an answer to the sense of the origin of our world, can create various strange, even improbable concepts regarding spiritual reality. Instead of carrying out an assessment of the examined state in a rational way and based on observation of the phenomena surrounding us, people very often are able to draw various strange theories very distant from the real state. Just drawn religion can be such a human product replacing actual knowledge of God. Most religions practically reject the scientific vision of reality, contenting themselves with trust in all kinds of revelations and holy books. Hence, we have a huge number of gods professed by religions. Critics call such gods imaginary gods.

The definition of the imaginary god is: it is a god created in the image and likeness of people. Such a god participates in the life of humanity, adapts his behavior to the imperfect state of man, understands all human needs, and even helps his followers to destroy the enemies they indicated. Such an imaginary god also supports various types of totalitarianisms. At the same time, he is particularly merciful and forgiving for his priests, faithful and fanatics proclaiming him. Of course, sometimes, when his supporters expect it, he is also a harsh judge for all mankind, preparing eternal hell for incapable members of the human community and sending punishments for sinners.

Essenceism does not deal with such imaginary gods, but tries to show the real God who should exist regardless of our beliefs and beliefs. For analytical purposes, it calls God the Original Being. Due to the scientific approach to the issue of His existence, the adjective "implicit" should be added to His name, but the use of the term Implied Original Being disturbs the unnecessary focus on the underlying problem. My system recognized Him as An Initial Necessity. As His qualities were established, He emphasized His role as the Creator, which role arouses the greatest interest in scientific research.

Essenceism is trying to create the right science about God, which was hitherto called theology. Unfortunately, this term has little to do with science. That is why I had to create a system presenting scientific methods of studying the possibilities of existence of the Original Being. Those methods have a bit of the nature of deceiving the image of Him who is the object of faith of billions of people in the world.

If there is such a model of the Original Being, then all human concepts of God are His modification. Essenceism came to the conclusion that from the beginning of its existence humanity has modified with the help of human thought the difficult to know Creator, adapting Him to their needs. In this way Zeus, Demiurge, Osiris, Ormuzd, Great Manitou, Yahweh, Allah, God the Father and many others appeared.

In this third part of essenceism, I proceed to an extended analysis of the existence of evil in order to assess the source of its origin, its current functioning and how to bring it to an end. The starting point for this part is the essenceism claim that God knows no evil and that only people know it. Essenceism therefore claims that people must eliminate evil. The problem is of course who they will be guided by and supported by. Therefore, this system had to determine who a man with the dignity of a Savior could be and whether the existence of angels supporting people could be somehow authenticated. This analysis has already been carried out in the previous two parts of essenceism. In this part, based on the fact that God does not know evil, a logical sequence of thoughts was carried out leading to fundamental changes in the concept of eliminating the phenomenon of evil.

Man, called by essenceism the existing being, is an eternal entity, because from the Creator Personality he received an eternal spiritual person developing at a certain time in a physical person. The final result of this situation is to enable each person to reach perfection, that is, become a son or daughter of God, and in practice become an eternal partner for Him. The only obstacle on this path is the existence of evil that has its specific personal source. This obstacle must be overcome by humanity if it wants a world that would once be compatible with the concept of the Original Being.

People must be well prepared for this task, called salvation. Although the Original Being does not know evil and has nothing to do with it, by creating the universe He presented us with a condition called good, which must be well understood. This is all the laws and principles that we create that make up the universe. These laws and principles form the so-called Divine Providence, which was the basis for creating an environment for humanity. This base can be used for salvation.

So, the final state of the universe is the good state given to it from the beginning by the Creator. This should happen regardless of how long it will take to recover. 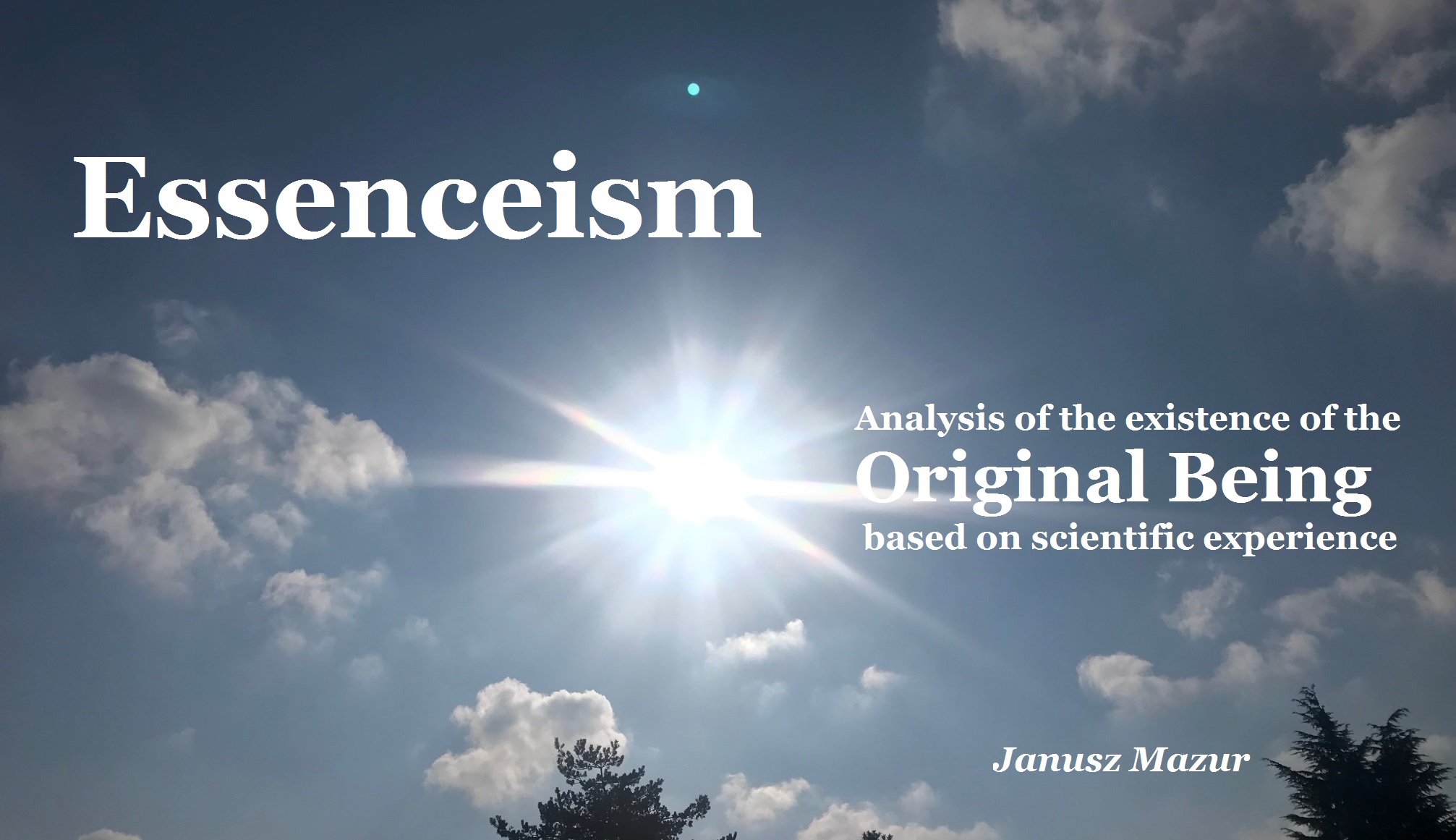 "Essenceism 3 - Evil is from this world" (understaning of evil)

"Essenceism 4 – Vision not from this world" (understanding of salvation) 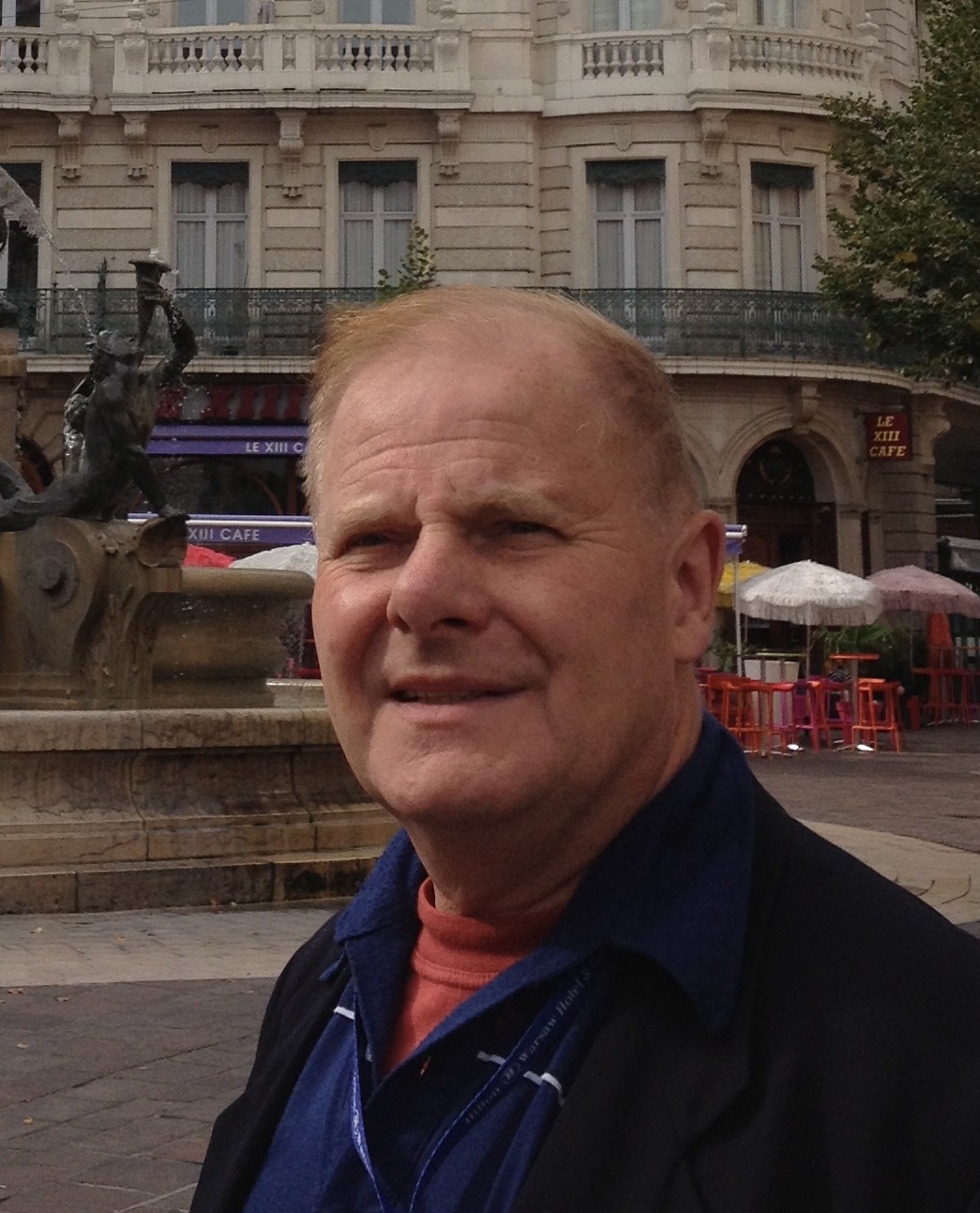 analytical system of understanding the existence of God, the spiritual world and man's eternity